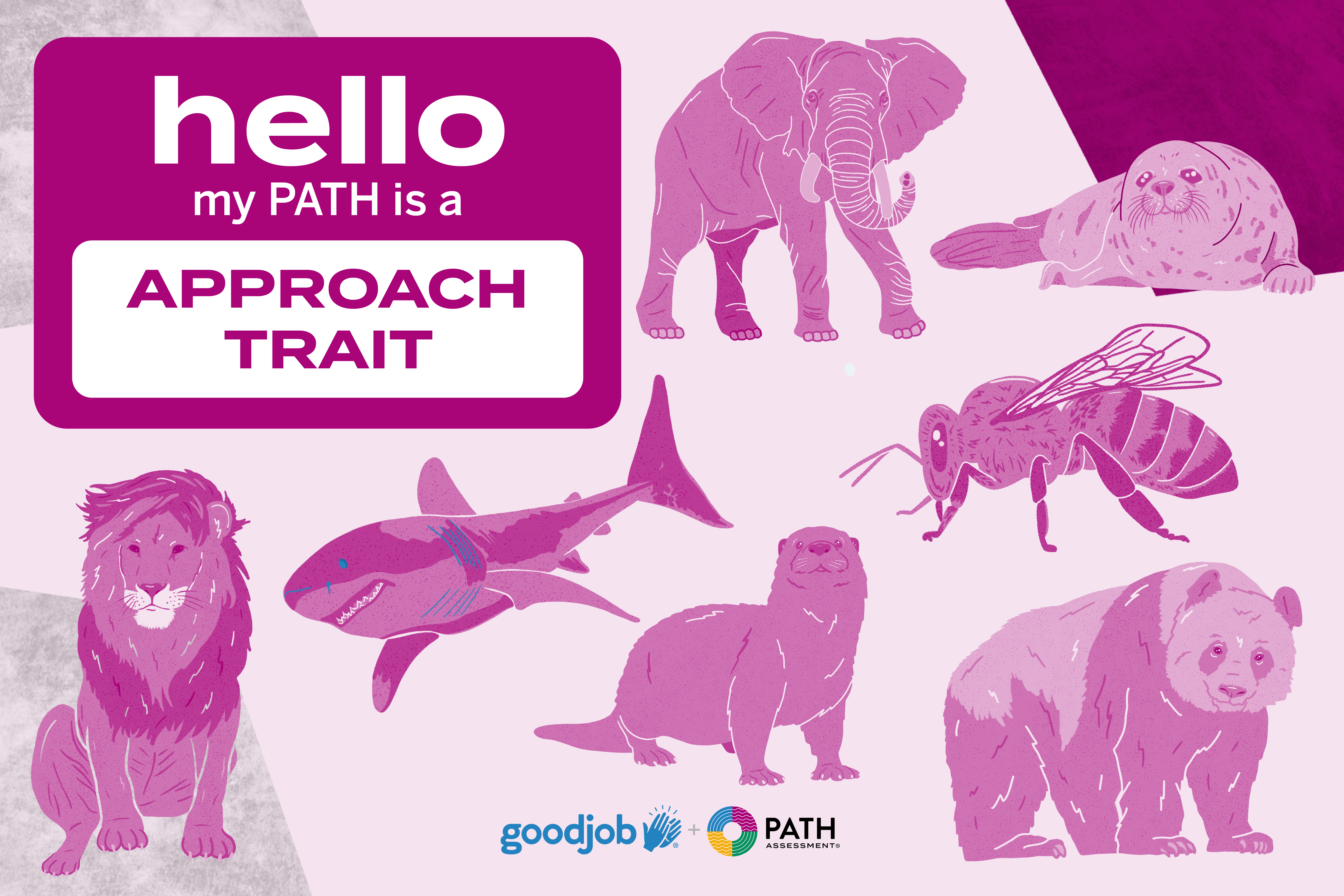 Approach is how you interact with your colleagues. It’s the way you talk to, work with, and relate to people. If you like connecting in a particular way, you are likely to think others want to connect in that way, too. This approach also holds true for your colleagues at work. It’s almost like your workplace love language!

Everyone interacts and has a way of interacting with others. Your trait (or combination of traits) help uncover how you interact with others.

Elephants are known for being compassionate, emotionally intelligent and having strong social bonds, much like the Connector. In fact, elephants are so strongly connected that they have been known to display clear signs of grieving upon losing a member of their herd.

While Honey Bees are known for their important role as pollinators, they’re also excellent Communicators. Honey Bees have honed their ability to communicate and build friendly hives.

The Panda is a gentle animal and likely the mildest disposition of any bear. Like the Counselor, Pandas are sensitive and respond to others in their environment

Seals are extroverted performers who love to have fun. Like Motivators, they’re social creatures that enjoy interactions with others. They’re cooperative and support other seals during their time in seal colonies.

Lions are widely praised as being brave leaders and the well-known king of the jungle. This is much like the Influencer who is similarly a gifted leader and motivator.

The otter is outwardly one of the most adorable animals, but many people don’t realize these friendly creatures are actually the glue holding their ecosystem together. Much like the Harmonizer, they better the lives of those around them by bringing people together.

Don’t know your PATH yet? Start here to learn more about your strengths!